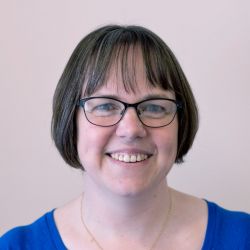 Jo started attending Pilates classes herself after the birth of her first child 11 years ago. She quickly experienced the difference that the Pilates discipline made to her own posture and body awareness, and before long was attending 3 or 4 classes each week! Jo experiences recurrent neck and back issues, but since starting to practice Pilates these have become less frequent and less severe.

One of the major things Jo noticed from attending Pilates classes was that many of the principles and exercises were very similar to those already utilised in her Physiotherapy career; to focus on the deep abdominal muscles to stabilise the spine, to improve postural alignment, to improve strength and muscles tone, to facilitate correct movement patterns, and to improve breathing control.

Jo is a fully certified APPI Pilates Instructor and she also teaches for the APPI across the UK. She trains other health professionals to teach Pilates at beginners level, Pilates for Neurological Conditions and Pilates for Osteoporosis. Jo has now completed over 20 separate Pilates training courses, and continues to professionally develop and better her expertise to pass on to you in your classes and private sessions.

After 13 years of working in the NHS, Jo moved to Retford in 2012 with her husband’s work. Pilates Clinic Retford was launched at the end of that year, and her Neuro Physio Practice followed shortly after in May 2013. In 2014 she extended her team and moved into her own dedicated premises in Chapelgate, Retford.

Jo graduated from the Robert Gordon University in Aberdeen in 1999 with a 2:1 honours degree in Physiotherapy. She then continued in Aberdeen for two years working as a junior Physiotherapist in a variety of clinical areas, before moving into a more senior role in South Wales.

Jo specialised in Neurological Physiotherapy in 2003, working primarily in rehabilitation. She completed a Masters degree in Physiotherapy (Adult Neurology) at the University of Wales College of Medicine (Cardiff) in 2007; her research project investigated “The Effects of Functional Electrical Stimulation upon the Quality of Gait for Stroke Patients with Drop-foot”.  Results were presented at a variety of conferences across the country.

In 2009 Jo specialised in Parkinson’s Disease and was solely responsible for the provision of highly specialist Neurological Physiotherapy for clients with Parkinson’s Disease in the South West Wales region. Jo is also fully Bobath trained, and her core Neurological skills lie in the treatment of Stroke, Parkinson's Disease, Traumatic & Acquired Brain Injury, Multiple Sclerosis and Spasticity.

Additional areas of expertise include the rehabilitation of balance, gait (walking), falls and other general elderly ailments. In addition to "traditional" Physiotherapy treatment approaches.

Jo’s skills also include the use of Functional Electrical Stimulation, and Pilates or Tai Chi as an adjunct to treatment, depending upon individual needs. 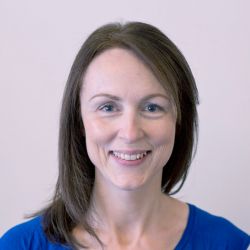 Angela completed her Pilates class instructor training with the APPI in 2014 and has been teaching classes since then, joining the team at Pilates Clinic Retford in February 2016.

She became interested in Pliates due to its specific and successful application with regards to patients that she treated in her daily practice; these included patients experiencing low back and neck pain, shoulder and lower limb issues. With research to support the continuation of conditioning programmes post injury, she was keen to specialise further in this area and decided to do so by training as a Pilates instructor with the Australian Physiotherapy and Pilates Institute; this organisation developed an in-depth and mindful approach with regards to training physiotherapists to teach Pilates. Angela has now completed the full APPI Matwork training, Ante- and Post-natal Pilates, and an additional 4 Pilates training courses.

Angela graduated from the Oswestry and North Staffordshire School of Physiotherapy, and after specialising in musculoskeletal Physiotherapy, went on to do a Masters Degree at University College of London.

She has worked in New Zealand and Australia as well as in the U.K. and Ireland as a Physiotherapist specialised in treating a wide range of musculoskeletal conditions, involving her manual therapy skills, Pilates and acupuncture for pain relief.

Angela believes the best approach is holding an in-depth commitment to facilitating patients to achieve their goals using a comprehensive approach aimed, not only at relieving pain, but promoting long term health and fitness. She enjoys the challenge of movement analysis and employs a combination of manual therapy, tailored exercise prescription, ergonomic and postural education to achieve her patients’ goals.

“Being able to work as a physiotherapist is a unique privilege and I thoroughly enjoy the daily opportunities and varied challenges it presents.” 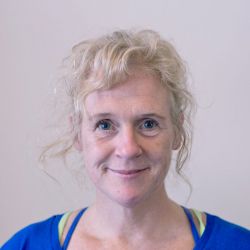 Nicky has been attending Pilates classes for her own general fitness for a number of years and started classes at Pilates Clinic Retford in September 2016; this inspired her to train to teach Pilates herself. Nicky has completed the full APPI Matwork series of Pilates courses, Healthy HIT Pilates 1 & 2 and her HH certification in 2017. She has also attending Ante- and Post-natal Pilates training, Pilates for Osteoporosis, and 2 additional Pilates and tai Chi training courses.

Nicky started working at Pilates Clinic Retford in November 2016 and has been assessing clients in preparation for starting classes, and providing follow-up individual treatment programmes. She has been teaching Pilates classes at the clinic since February 2017, and now prepares and delivers 5 classes each week.

Nicky has been practising as a fully qualified physiotherapist for 23 years. She trained at Manchester Royal Infirmary which was affiliated with Manchester University. There she achieved a BSc Hons degree in Physiotherapy. Since training she has gained a good background working experience in numerous areas of Physiotherapy including: musculoskeletal, strokes, hand rehab therapy, amputees, neurological conditions, general medicine and elderly rehabilitation.

For the last 20 years Nicky has been working as a part time community specialist Physiotherapist in elderly and adult rehabilitation at Rotherham NHS trust. She sees a variety of conditions, including falls which can be quite complex. 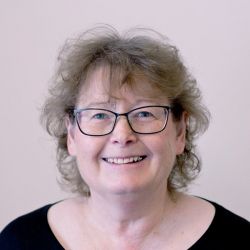 Tricia has completed her full Matwork Pilates training with the APPI, in addition to the 'Pilates and Neurology', and 'Pilates for Osteoporosis' courses. She assists voluntarily with our weekly Neuro Rehab Pilates classes, runs her own “seated Pilates” class, and over the summer covers some of our regular Pilates classes at the clinic.

Tricia holds the value of the Pilates treatment modality very highly both for herself and for her clients, and plans to continue developing her personal and professional skills with us here at Pilates Clinic Retford.

Tricia qualified as a Physiotherapist in 1982 at The London Hospital School of Physiotherapy, and started her career at The Royal Hallamshire Hospital, Sheffield. She gained experience in a wide variety of specialties and particularly enjoyed working in neuro- medicine and neurosurgery. It was here that her passion for working with neurological patients first began.

Subsequently, she gained senior positions at The Royal Preston Hospital and then in Nottingham, allowing her to further develop her expertise in neurological rehabilitation. In the early 1990s Tricia started working as a highly specialist community physiotherapist for the Intellectual and Developmental Disabilities. A keen research interest led her to pursue and secure funding to conduct a clinical study, the results of which were subsequently published.

After working 34 years in the NHS, Tricia retired from the service in October 2016.  Since leaving, she has updated her knowledge and skills and returned to working with neurological patients. In June 2017 she completed training to become an accredited Parkinson’s Disease Warrior Instructor, and now runs the only licensed PD Warrior classes in Bassetlaw. 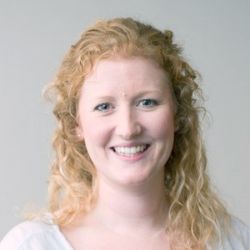 Clare started attending Pilates classes to help her own Joint Hypermobility Syndrome and after a short time was impressed at how beneficial it was to her joint stability, posture, strength & flexibility. Pilates has enabled Clare to be able to run pain free for the first time and to take on challenges such as climbing Mount Snowdon. She continued to attend regular Pilates classes throughout her pregnancy, right up until the week before she went into labour! She attributes her good health (despite her Hypermobility) throughout pregnancy, and her recovery postnatally, to the strength gained and maintained through Pilates.

Clare has always had an interest in movement analysis. She started dance lessons at an early age and taught dancing throughout her teenage years while working up to her major dance examinations before starting University. Clare completed the full APPI matwork training in 2014, and started teaching classes at Pilates Clinic Retford that same year. Since then she has gone on to complete Ante- and Post-natal Pilates, Pilates in Neurology and several other additional Pilates training courses. She enjoys combining her experiences of dance, Physiotherapy & Pilates in her teaching at Pilates Clinic Retford.

Clare graduated from the University of Wales College of Medicine in Cardiff in 2006 with a 2:1 BSc Honours degree in Physiotherapy. She gained a wide base of experience as a junior Physiotherapist in Falmouth & Swansea before specialising as a senior Physiotherapist in Neurological Rehabilitation in 2009. She moved to Retford in 2011 & now works part time for the Community Neurological Rehabilitation and Stroke team in Bassetlaw (Nottinghamshire Healthcare NHS Trust). Clare treats patients with a wide range of neurological conditions such as Stroke, Parkinson’s Disease, MS & spinal cord injury. 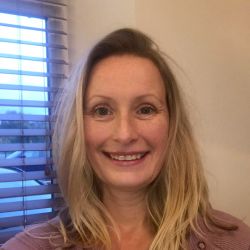 Emma has a keen personal interest in exercise, and continues to compete in several swimming and triathlon events. She attends Pilates classes at Physio Pilates Retford for her health and wellbeing, as a form of exercise to complement and enhance her other sports, and for her own professional development. Emma started her Pilates instructor training with the APPI in October 2019 and plans to start Friday morning Pilates classes at Physio Pilates Retford in 2020.

Emma has a BSc (Hons) in Occupational Therapy and a Post-graduate Certificate in Vocational Rehabilitation. She loves working with people to enable them to reduce and/or overcome barriers to independence and life satisfaction. She has worked as an Occupational Therapist for over 17 years in both hospital and community settings and has extensive experience working in the following areas; stroke rehabilitation (hospital and community), neurological inpatient unit, hand therapy, older person’s rehabilitation (including Dementia), intermediate care rehabilitation, fast response (community), general medicine and care homes.

Emma currently works 3 days a week as a Specialist Occupational Therapist in the community for the Rotherham NHS Foundation Trust, and joined our team at Physio Pilates Retford in October 2019. She works with adults with a variety of conditions including Multiple Sclerosis, Parkinson’s Disease, Dementia, Stroke, Musculoskeletal issues, Depression and Anxiety.

Emma also has a keen interest in sport as she enjoys the benefits of being outdoors. She has been a competitive pool swimmer and takes part in many open water swim events. Emma is also a member of her local triathlon club, enjoys cycling and participating in triathlon events.

"I enjoy Nicky’s sense of humour and how she encourages me to push myself." 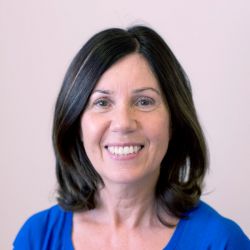 Janice Henderson was born a long time ago (according to her!) in Tynemouth on the North East coast so that makes her a Geordie! She enjoys Pilates and has been attending classes at Pilates Clinic Retford since 2013. She also enjoys rambling (walking with friends and lunching afterwards!), is passionate about her garden, still likes to cook and enjoys being able to holiday and travel at leisure.

Janice studied Education at Nottingham for 4 years achieving an honours degree, and worked as a full time food technology teacher for 32 years. Janice has since retired from teaching, and started working here at the clinic at the beginning of 2016. She is responsible for a large amount of the admin work at the clinic as well as a number of other tasks, and we would struggle to manage without her! 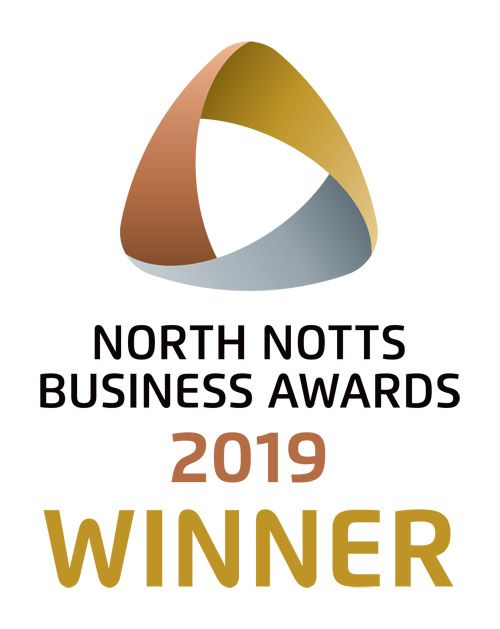 Improvement through movement
Dental 22 Buildings
Chapelgate, Retford
Notts, DN22 6PL
01777 948120
07543 944938
This email address is being protected from spambots. You need JavaScript enabled to view it.